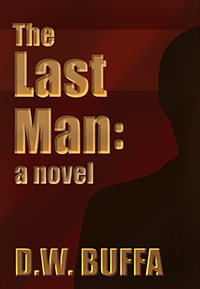 Synopsis:
What Does It Feel Like To Commit Murder…?

Walter Bannister had the manner that nothing could rival and no one could imitate, and with it a rare intelligence and perfect rectitude; complete self-command and not a trace of vanity or a hint of ambition for anything he did not already have. He was what every trial court judge should be. When he entered his courtroom, it was as if he had been there the whole time: one moment everything all chaos and confusion, a hundred jumbled voices, lawyers, jurors, spectators crowding the benches, the next moment, when the door at the side opened, nothing but silence. No one could remember anything except what was right in front of them: the judge, tall, thin, the slightest touch of gray in the auburn hair cut short and parted on the side, moving with a scholar’s eye and the sure, gliding step of a man who had been something of an athlete in his youth.

Walter Bannister often told himself that he had nothing to complain about. Seen from the outside, he had the perfect life: a respected judge, a house in Bel Aire, the fortunate son of a father who had become one of the richest men in Los Angeles, and the husband of an important woman, wealthy in her own right and just about the first person anyone would call who wanted a charitable event to be so successful everyone talked about for months. He had everything, and still he had nothing at all. There was no excitement in his life, no sense of adventure, nothing like what he had seen in the movies of his childhood, the movies that had depicted the kind of life he thought he would live. Life was something lived by others, something he saw every day in his courtroom but never felt himself.

With growing fascination, Walter Bannister tries to understand what makes criminals behave the way they do. He becomes more and more obsessed with what drives someone to murder. His own life an empty shell, he has forgotten, if he ever knew, how to feel anything. Presiding over the murder trial of a man without conscience or remorse, he decides that people kill, not because they are abnormal, different from the rest of us, but for the sheer thrill of it. He wonders, he has to know, what it would be like to kill someone. Is that the secret of what it means to be alive, to know, to really know, what it is like to kill?

Walter Bannister wants to find out. Read a sample…