“But how is it
That this lives in thy mind?  What seest thou else
In the dark backward and abysm of time?” 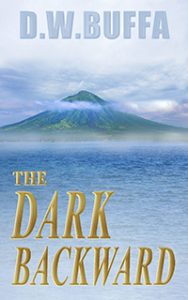 William Darnell thought he had seen every kind of human conflict, every type of human tragedy, seen them in all their immense variety: murder done from envy, murder done for revenge, murder done for money, murder done for love, murder done after careful planning, murder done in a moment’s rage.  He had known, and defended, every kind of murderer, all of them, despite their differences, driven by the same desire, known since Cain slew Abel: the need to kill because, in their twisted imaginations, it was the only way their own lives would be worth living.  He had known them all, and if there was something he had missed, it was in all probability now too late.  But that was before he knew Adam and began the strangest case of his long career.

It was not just the strangest case he had ever tried; it was the strangest case ever tried by any lawyer anywhere.  It was impossible to explain; or rather, impossible to believe.  The defendant, who did not speak English or any other language anyone could identify, had been found on an island no one knew existed, and charged with murder, rape and incest.  He was given the name Adam, and Adam, as Darnell comes to learn, is more intelligent, quicker to learn, than anyone he has ever met.  Adam, he learns to his astonishment, is a member of an ancient civilization that has remained undiscovered for more than three thousand years.

William Darnell had promised to retire after a trial in which the captain of a luxury yacht that went down in the Atlantic is charged with murder because of what had been done to survive during the forty days they were lost at sea.  He breaks that promise to take a case that rescues from the oblivion of time the lost tribe of Atlantis that has somehow managed to survive on an island in the Pacific.  The critically acclaimed Evangeline was about the trials of the human soul; The Dark Backward tells a tale about both the limits, and the power, of the human imagination.  It leaves you with the question whether Atlantis was nothing more than an ancient myth, or might still exist.  William Darnell, to his own astonishment, discovers that what he had always believed was wrong.